Figurative language is language that one must figure out. The term “figurative” is an antonym of  “literal.”  In literal language the words convey meaning exactly as defined, whereas in figurative language there is room for interpretation.  An effort is required on the part of the interpreter to determine the speaker or writer’s intended meaning.  The listener or reader must “figure” out what is meant.


This page will discuss common figures of speech, provide examples, and offer resources to help you learn, review, or teach figurative language.  It is important to note that, as an educator, I make a distinction between figurative language and poetic devices.  Though the skills are related, I find that it is easier to understand these concepts in separate units.  This page focuses exclusively on figurative language techniques. 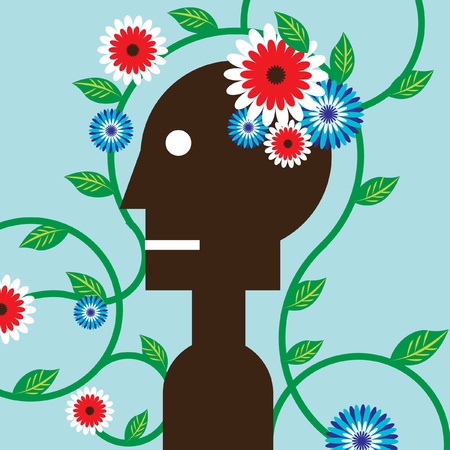 Hyperbole is when the writer or speaker exaggerates for emphasis or effect. Etymologically, “hyper” translates roughly to “over” and “bole” translates roughly to “throw.” So the word “hyperbole” means to overthrow or to go over.  Other forms of hyperbole include hyperbolic (adjective) and hyperbolically (adverb).  One way to help students remember hyperbole is to focus on their background knowledge of the word “hyper.” Ask students to describe the behavior of someone who might be considered hyper. Show students that when someone is hyper, they might be doing a little too much. Draw the connection that when someone uses hyperbole, they are going too far.

1. Yeah, I already beat that game 80,000 years ago.
2.  Nobody listens to that song anymore.
3.  Old Mr. Johnson has been teaching here since the Stone Age.
4.  Forget knocking it out of the park, Frank can knock a baseball off the continent.
5.  These shoes are killing me.

Hyperbole can be an effective technique for getting your point across.  As you continue studying and reviewing this concept, be conscious of the fact that hyperbole is often confused with understatement (saying too little or minimizing the effect of a statement).


Here are some idiom examples:

1. Bob’s new corner office was just the icing on the cake (metaphor).
2. After eating candy, Billy ran around like a chicken with his head cut off (simile).
3. The quarter back was running out of steam (metaphor).
4. That new car cost an arm and a leg (hyperbole).
5. Tom said that he changed but actions speak louder than words (personification).

Idioms are generally used so frequently by native language speakers that it often goes unnoticed that figurative language is even being used. When someone is learning a new language, one of the milestones of progress is when the learner begins to understand and use the language idiomatically or colloquially.

Metaphor is a comparison between two dissimilar things without using the word “like” or “as” to make the comparison. It’s been said that the greater the difference between the two things being compared, the better the metaphor, and this is a notion with which I agree.  For example, when asked to create a metaphor, a student of mine once wrote, “Football is baseball.” Though this is arguably a metaphor, it generally would not be regarded as a very good one because the objects of comparison are too similar. “Football is chess” would be an improvement, because the objects of comparison are more dissimilar.


Here are some example metaphors:

1.  The cast on Michael’s broken leg was a plaster shackle.
2.  She was just a trophy to Ricardo, another object to possess.
3.  The path of resentment is easier to travel than the road to forgiveness.
4.  Waves of spam emails inundated his inbox.
5.  Her eyes were fireflies.


Here are some examples of personification:

1. Thunder grumbled and raindrops reported for duty.
2. The moon turned over to face the day.
3. One unhappy icicle wasted away in the day.
4. The traffic noises argued long into the night and finally Cal went to sleep.
5. The angry storm pounded the tin shelter.

Similes are comparisons between two unlike things using the word “like” or “as.” Similes sometimes form the building blocks of analogies (extended comparisons) and they are commonly used in both speech and literature.  Because of the signal words “like” and “as,” students are usually able to identify similes with greater efficacy than other figurative language techniques such as metaphor or personification.  However, students should be made aware that just because the speaker or writer uses the word “like” or “as,” does not automatically mean that they are using a simile.  This is because “like” and “as” have other roles in the English language besides making comparisons, such as when the speaker or writer expresses a preference for something.  In the statement, “I like pizza,” no comparison is being made; the speaker merely expresses a preference.  My point is that while “like” and “as” can be helpful signal words, in a simile a comparison must be made.


Here are some examples of simile:

1. My mother’s kitchen was like a holy place: you couldn’t wear your shoes, you had to sit there at a certain time, and occasionally we’d pray.
2. The bottle rolled off the table like a teardrop.
3. The handshake felt like warm laundry.
4. She hung her head like a dying flower.
5. Arguing with her was like dueling with hand grenades.


Here are some example understatements:

1. Let’s just say that Bill Gates has got a few nickles to rub together.
2. Learning to juggle flaming chainsaws might be a little tricky at first.
3. It might take her a little while to get over her husband’s affair.
4. Jeffrey Dahmer wasn’t exactly a good neighbor.
5. The middle of the street isn’t the best place for your child to play.

How to identify figurative language techniques:


CCSS.ELA-Literacy.CCRA.R.4 – Interpret words and phrases as they are used in a text, including determining technical, connotative, and figurative meanings, and analyze how specific word choices shape meaning or tone.

CCSS.ELA-Literacy.RL.3.4 – Determine the meaning of words and phrases as they are used in a text, distinguishing literal from nonliteral language.


CCSS.ELA-Literacy.RL.4.4 – Determine the meaning of words and phrases as they are used in a text, including those that allude to significant characters found in mythology (e.g., Herculean).


CCSS.ELA-Literacy.RL.5.4 – Determine the meaning of words and phrases as they are used in a text, including figurative language such as metaphors and similes.


CCSS.ELA-Literacy.RL.6.4 – Determine the meaning of words and phrases as they are used in a text, including figurative and connotative meanings; analyze the impact of a specific word choice on meaning and tone.


CCSS.ELA-Literacy.RL.7.4 – Determine the meaning of words and phrases as they are used in a text, including figurative and connotative meanings; analyze the impact of rhymes and other repetitions of sounds (e.g., alliteration) on a specific verse or stanza of a poem or section of a story or drama.


CCSS.ELA-Literacy.RL.8.4 – Determine the meaning of words and phrases as they are used in a text, including figurative and connotative meanings; analyze the impact of specific word choices on meaning and tone, including analogies or allusions to other texts.


CCSS.ELA-Literacy.RL.9-10.4 – Determine the meaning of words and phrases as they are used in the text, including figurative and connotative meanings; analyze the cumulative impact of specific word choices on meaning and tone (e.g., how the language evokes a sense of time and place; how it sets a formal or informal tone).


CCSS.ELA-Literacy.RL.11-12.4 – Determine the meaning of words and phrases as they are used in the text, including figurative and connotative meanings; analyze the impact of specific word choices on meaning and tone, including words with multiple meanings or language that is particularly fresh, engaging, or beautiful. (Include Shakespeare as well as other authors.)


CCSS.ELA-Literacy.L.4.5a – Explain the meaning of simple similes and metaphors (e.g., as pretty as a picture) in context.


CCSS.ELA-Literacy.L.4.5b – Recognize and explain the meaning of common idioms, adages, and proverbs.


CCSS.ELA-Literacy.L.5.5a – Interpret figurative language, including similes and metaphors, in context.


CCSS.ELA-Literacy.L.5.5b – Recognize and explain the meaning of common idioms, adages, and proverbs.


CCSS.ELA-Literacy.L.9-10.5a – Interpret figures of speech (e.g., euphemism, oxymoron) in context and analyze their role in the text.


CCSS.ELA-Literacy.L.11-12.5a – Interpret figures of speech (e.g., hyperbole, paradox) in context and analyze their role in the text.

By Mr. Morton of Ereading Worksheets
50 Comments
Leave a comment